The Active Directory profile with active end-to-end encryption currently offers maximum security. Only users, organisational units and roles are imported. The permissions and the hierarchical relationship between the individual objects needs to be separately configured in Password Safe. The advantage offered by end-to-end encryption is that Active Directory is “defused” as a possible insecure gateway. In Master Key mode, users who control Active Directory receive de facto complete access to all passwords because resetting a Windows user name enables users to log in under another person’s name. The Active Directory is thus the leading system. *Using an active E2EE connection, users require their own password for Password Safe. There is thus no access to users’ data via Active Directory.

!The right Can add new Active Directory profiles and the ability to view the organisational units module or the “roles module” are required.

The process for creating a new profile is started via the icon “manage profile” on the ribbon. 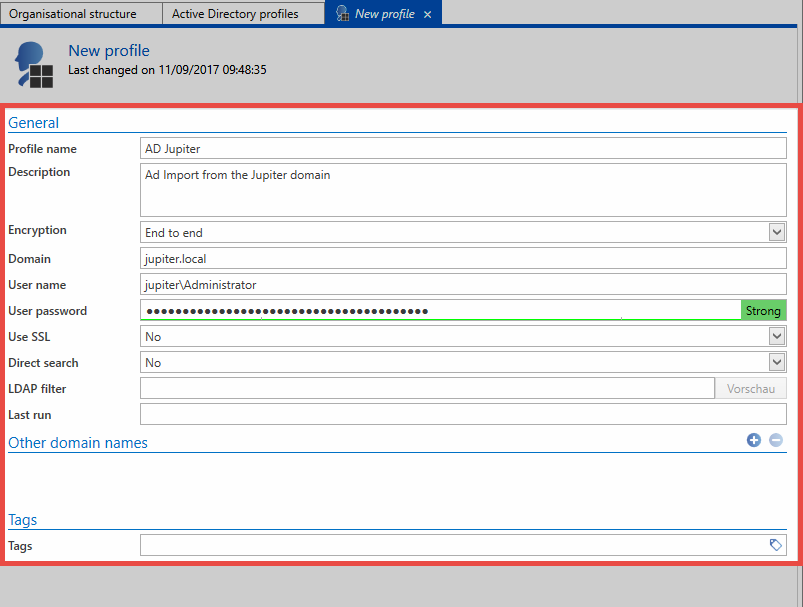 In the next step, select the relevant profile that should be used for the import. Then, select organisational units and/or users for import. A search is available for this purpose. 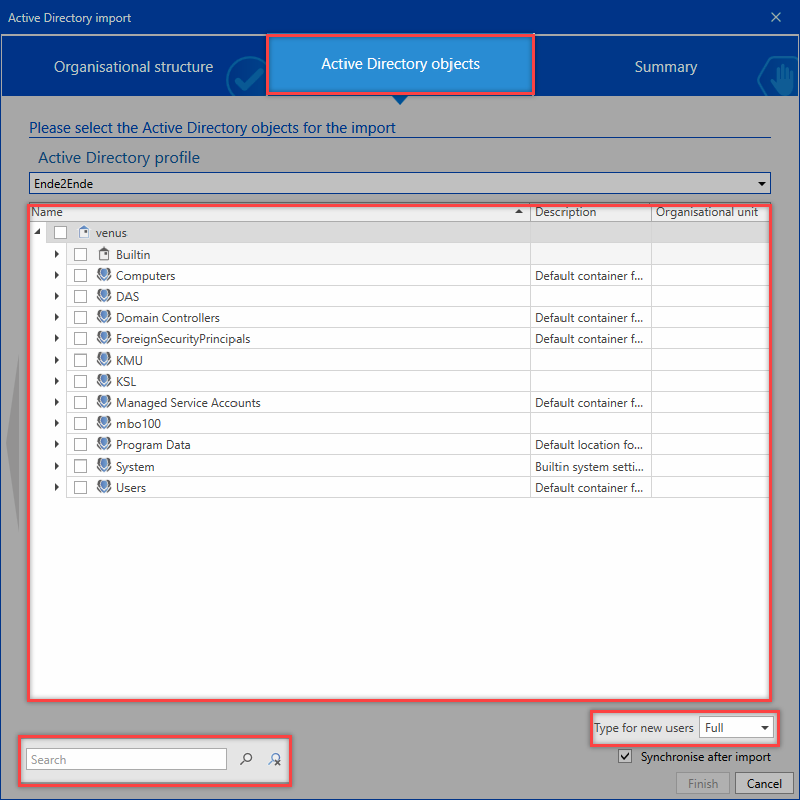 The last page lists objects to be edited, and gives information on the editing mode. It specifies the names of the items along with their descriptions. The Status column specifies whether the object is added, updated, or disabled. The last column specifies the organisational unit into which the item is imported. The number of objects is added together at the bottom. 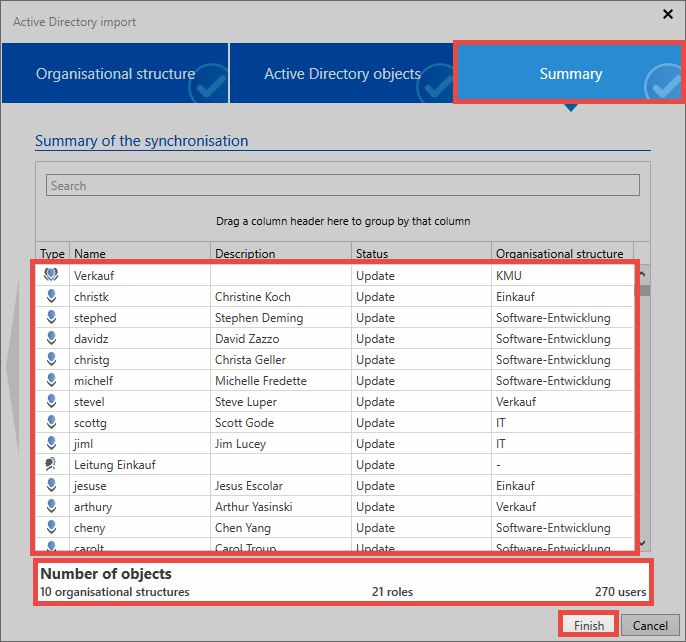 *Depending on the scope, it may take several minutes to create the summary.

The import itself is carried out by the server in the background. The individual items then appear in the list one by one. This may take some time, depending on the amount of import data. If the import is terminated, you get a confirmation.

*Since in this mode the end-to-end encryption is retained, the server does not get a key to match already imported users with the AD. There is thus no synchronization with AD. Similarly, no memberships can be imported. After the import, users must be manually assigned to the appropriate organisational units and roles.

In the end-to-end mode, the imported users behave like local users. The users can/must be edited manually in Password Safe. The affiliations for organisational units and/or roles must be adapted manually.

Users that are imported in this mode cannot log in with the domain password. Instead, the user name is stored as a password when importing. This can be changed by administrators or users at the first login.

Active Directory link
Master key mode
Thanks for your feedback.