Firstly, a new database is created as described in the section Creating and managing databases. The data migration is activated in the third step of the wizard. 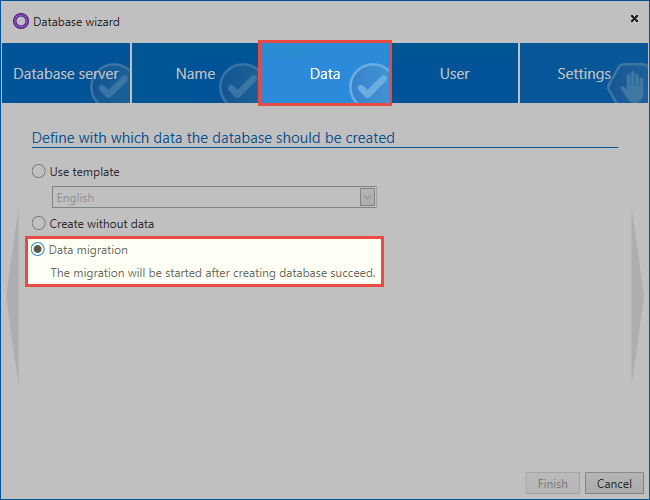 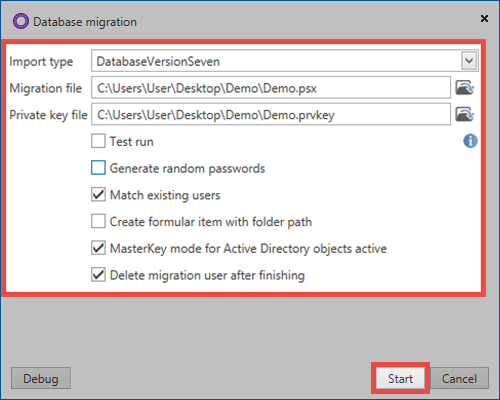