The user must have the “Authorize” right for the data record to create seals. It also needs read access to all users and roles, which are contained in the seal. The exact configuration of password masking and permissions for records is described in detail in the Authorization concept section.

All seal configurations are performed in the wizard. Both the application of new seals as well as the processing and erasing are possible here. The current state of a seal can also be viewed in an overview, which is also reached via the button in the ribbon. When the seal assistant is opened via the ribbon, the assistant appears in the case of unsealed data sets, which runs in * four steps * through the configuration of the seal. 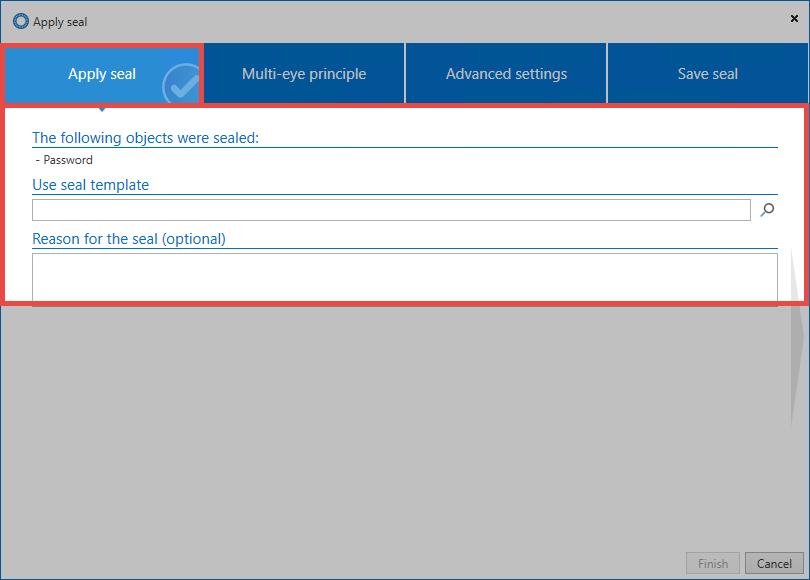 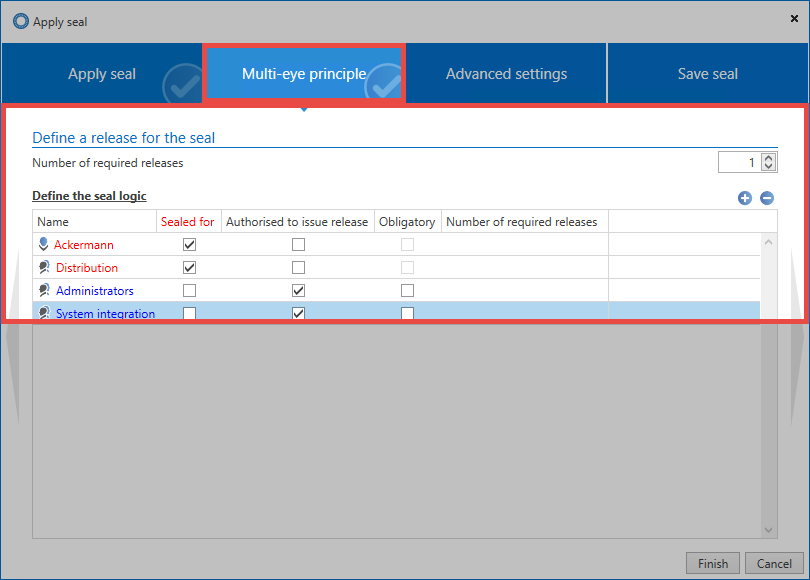 To avoid having to perform any configuration manually, roles and users are copied directly from the authorizations of the data record. Compare with the “permissions” for the record (can be viewed via the ribbon). 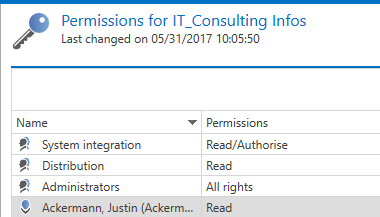 Here is a closer look at the permissions of the role * Administrators * on the record: 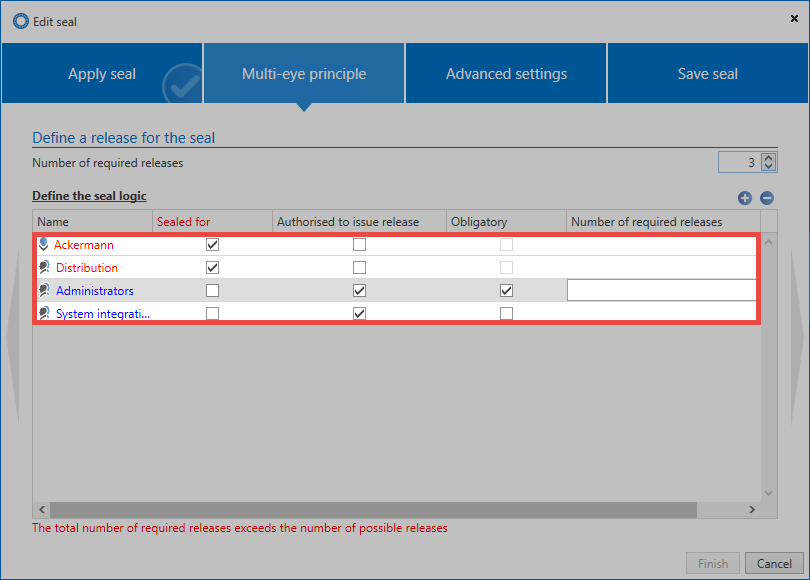 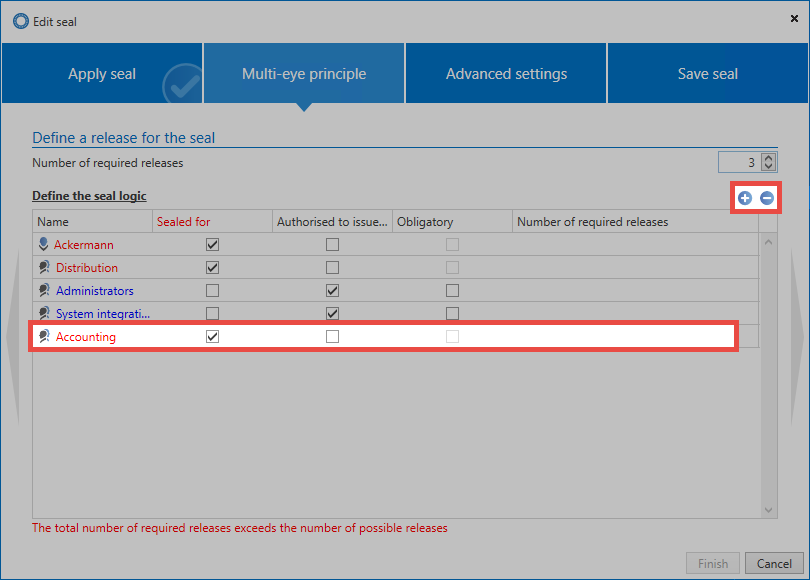 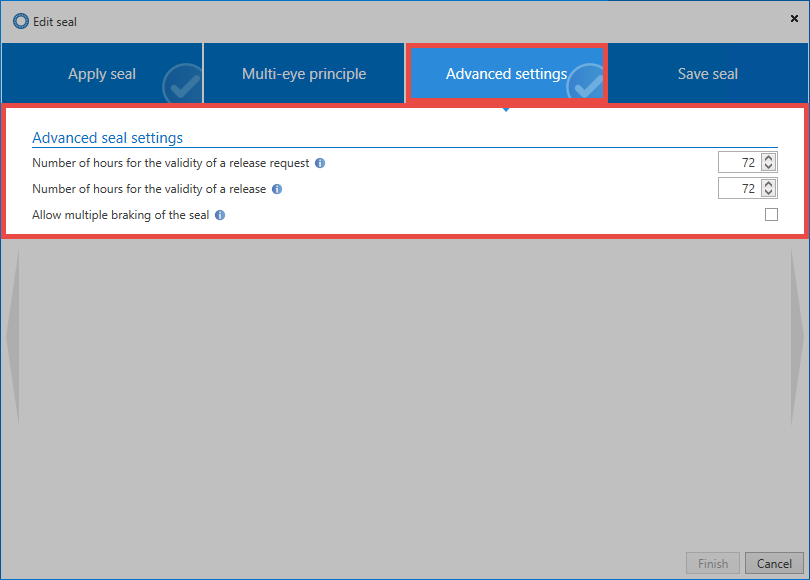 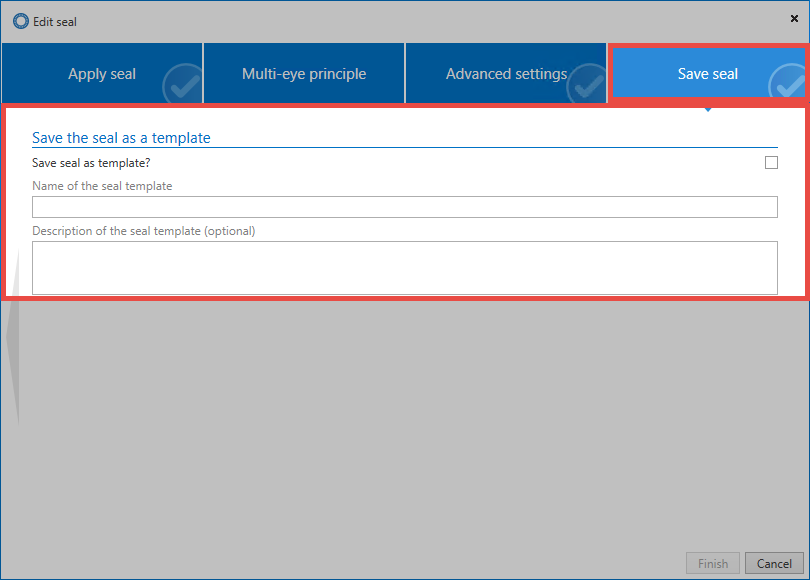