In contrast to end-to-end mode, which places the main focus on security, Master Key mode provides the maximum level of convenience. It not only imports users, organisational units and roles but also their links and affiliations. It can be synchronized to update the information and affiliations. In this scenario, Active Directory is used as a leading system. 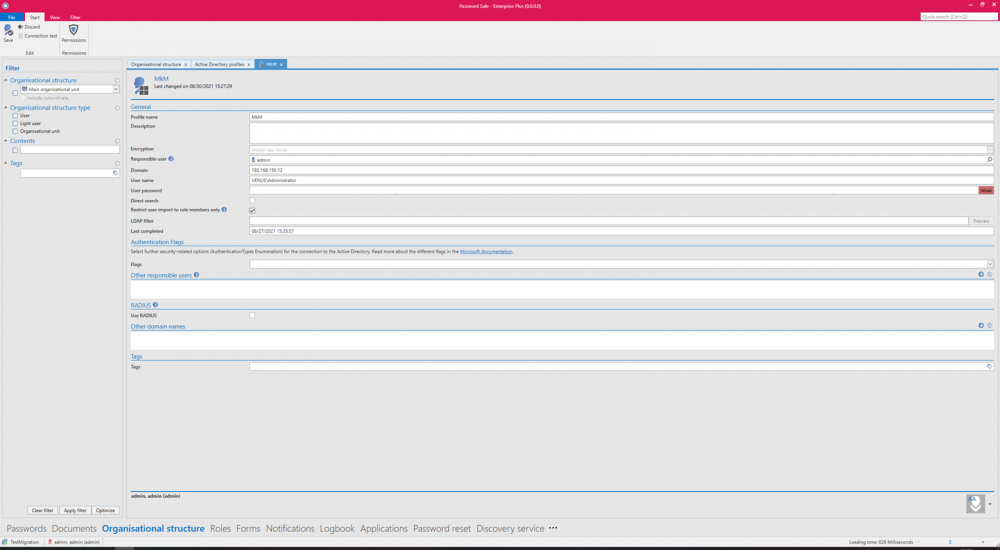 *In the case of already created profiles, the encryption can no longer be changed

A *user is required to access the AD. The user should be formatted as follows: Domain\User. It must have access to the AD.

!The master key is added in the form of a certificate. It is essential to back up the generated certificate! If the database is being moved to another server, the certificate also needs to be transferred! Further information can be found in the section Certificates.

The rights to be issued to imported users are explained using the following example: End-to-end encryption
Multifactor authentication
Thanks for your feedback.